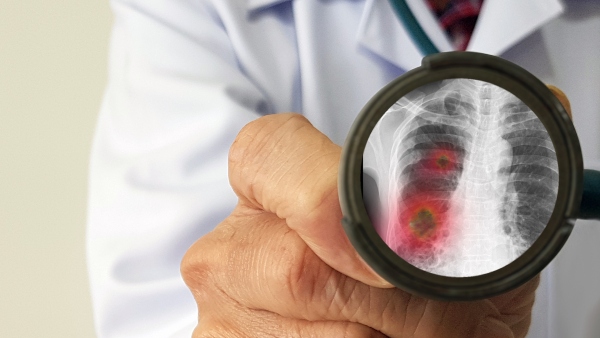 —
Did you know that right now, we are in the midst of a disease epidemic that is already at least 100 times more prevalent than the feared polio epidemic of the 1950s? Most people don’t know it. Their ignorance testifies to the novel character of this disease, the lowered expectations we have for human health, and the atomization of community that has rendered sickness into a private affair.

The myth of ascent would have us think that medical technology has largely conquered the great viral epidemic diseases that once held humanity in thrall. Oh, sure, there are a few viral diseases that haven’t succumbed, but by and large we’ve wiped out the most fearsome killers. And with continued research, remaining diseases like the flu, AIDS, and even the common cold will eventually succumb to the same program of vaccinations that wiped out polio, diphtheria, and smallpox.

Actually, it is highly debatable whether it was vaccines and antibiotics that ended the great epidemics of the 19th century. According to Ivan Illich, “The combined death rate from scarlet fever, diphtheria, whooping cough, and measles among children up to fifteen shows that nearly 90 percent of the total decline in mortality between 1860 and 1965 had occurred before the in­troduction of antibiotics and widespread immunization.” (Medical Nemesis, p. 16) Perhaps most of the improvement was due to improved public hygiene and the natural attenuation of disease organism virulence as they evolve into equilibrium with their host species.

Whether or not the near-disappearance of the old epidemics is a triumph  of modern medicine, a vast new epidemic faces us today. It is not a potential epidemic, not another influenza crisis. The infectious diseases are the epidemics of the past. No, I am talking about an epidemic that is happening right now, affecting primarily young people. I am speaking here of the autoimmune epidemic, or perhaps a little more broadly, the epidemic of dysfunctions of the human immune system.

First and foremost among the new autoimmune diseases is autism. Its causes and effects are complex, involving mercury and other heavy metal poisoning, body ecology disruption, immune system disruption, and an immune system attack upon various structures in the brain. Once a rare disease affecting about 1 out of 10,000 children in the 1970s, the rate has risen to 1 in 150 today with no signs of abatement. This is not a minor dysfunction. Read one parent’s description:

I remember when John was rocking in the living room………

when he wouldn’t answer….

when he stood outside just feeling the wind blowing over him…….

when I put all the photo albums away in a closet because I couldn’t stand looking at John as a baby and a toddler and now as someone who looked like a war refugee.

Here is another one:

I can remember at 3 months when my mom came to visit. I was feeding Davey and as usual he and I were interacting verbally and with eye contact. Davey could mimic my goos and giggles at that age. My mom said, “I swear you’re gonna have that child talking in a few months.” By one year Davey was talking and interacting verbally–one and two-word sentences. “Get ball.” “Let’s play.”

When Davey got the MMR at 18 months, he came home sick. Lethargic. Hot. Colicky. Avoiding eye contact. The next day he was a different child. Dazed look in his eyes. Wouldn’t eat. Loss of activity. We called into ped office. Were told some children react that way and not to worry.

Davey never talked again for four years. Instead of throwing a ball, his favorite game became spinning–anything: plates, bike wheels, himself. And then he would just stare at it. And swinging–for hours. Try to take him out of the swing, and he would throw a tantrum. We now know that is called stimming.

Throwing children into oncoming traffic: The truth about Autism

I have been a practicing pediatrician for over 20 years. I saw my first child with autism in the early 90’s – before that I had never seen an autistic child, and I never saw an autistic child in all my years at school. The boy was 4 years old and you could see the frustration in his face as he wanted to speak but nothing intelligible would come from his mouth except shrieks of anguish.

Here are some other diseases that make up the new epidemic:

Type 1 Diabetes, which according to textbooks is genetic in origin, has also recorded a mysterious rise in recent years of about 3% per annum.

Lupus, once classified as a rare disease, is an autoimmune attack on numerous body tissues and now affects 1.4 million Americans according to conservative estimates, and perhaps even more.

Multiple sclerosis, an autoimmune disease of the central nervous system affecting 400,000 Americans and 2.5 million people worldwide. Prevalence rates doubled from the 1960s to the 1980s, and at least one study shows another doubling between 1993 and 2002. The cause? No one knows, but as usual, “a virus is suspected.”

MS is linked in its onset with food allergies, another new epidemic of our era. When I asked a pediatrician cousin of mine what the biggest change in children’s health he has seen in 20 years of practice is, he said without a doubt it is the sharp rise in allergies and asthma. While not an autoimmune disease, allergies are a dysfunction of the immune system. When I was a child, perhaps there would be a kid in the class who was “allergic”; today you hardly dare give a child food without asking his parents first for fear of an allergic reaction. It is a matter of course to ask, “Is he allergic to anything?” This is not merely a matter of greater awareness. An NIH study found that 54% of Americans now test positive to at least one allergen – double the rate 30 years ago. During the same period, asthma rates have increased by 74%, affecting about 10% of the population.

Chronic fatigue syndrome is another new disease with a likely autoimmune component. Once nearly unheard of, it now affects 1 in 544 people in the U.S. This can be a debilitating condition, often requiring sufferers to sleep for 14, 16 or even 20 hours a day. What causes the suspected autoimmune attack? No one knows, but again, “an enterovirus, retrovirus, or herpes virus is suspected.”

A related condition known as fibromyalgia affects 1 in 74 Americans, or 3.7 million above the age of 18. Characterized by chronic, sometimes debilitating musculoskeletal pain, fatigue, and stiffness, the disease may or may not be autoimmune in origin (expert opinion is divided). In any event, it is a very new disease category.

Autoimmune diseases of the thyroid gland are another new epidemic, affecting as many as 1 in 50 Americans.

So far, we have been successful in maintaining a facade of normalcy even as people get sicker and sicker. One way we do this is to convince people that it is normal to be sick. You just need your medicine, and you can get by. The truth, that we are meant to be vibrantly healthy, is actually a threat to the status quo. It is not supposed to be this way. Have no fear though — the truth will out. It is already bursting forth. As the epidemics accelerate, soon it will be undeniable to everyone.

Previously published on charleseisenstein.org and is republished here under a Creative Commons license.
—

Talk to you soon.

If you believe in the work we are doing here at The Good Men Project and want to join our calls on a regular basis, please join us as a Premium Member, today.

The post The New Epidemics appeared first on The Good Men Project.