The Income was as usual with no extras.............. My state pension and the County Council spouses pension and small bits of interest. I got notification of the Winter Fuel Payment (to be paid sometime before the end of January) - which is new to me as I now get my state pension. £200 will go a good way towards the next heating oil top up.

Regular outgoings were as usual......Food, Diesel for the car, the 4 weekly electric bill, charity and phones direct debits. I also bought myself a hoodie to replace a baggy cardigan and a huge plastic pot to re-pot my Olive tree and a couple of bags of compost.
A few bits of Christmas shopping for the grandchildren were done online and birthday gifts for son and granddaughter and some odds and ends for grandchildren from boot-sales. Plus a couple of food things for the hampers.

Then there were the usual small  household things - like postage stamps and  a couple of new pillows (why is it now difficult or maybe impossible to buy 1 pillow?) and a couple of secondhand books - now without guilt! 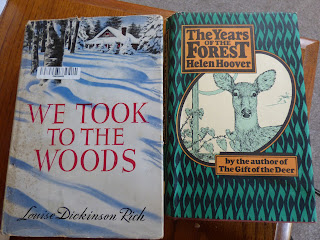 Spending could have stopped right there.........

BUT.................... then  I decided to crack on with the things I can do in the garden including ordering 3 Minarette Apple trees. Even with a 10% discount for early season ordering they weren't cheap. I then also bought a Pear Tree from a boot-sale for £12.
(I got a quote for a new path up the side of the bungalow and a few other small jobs = £2090!! That will be a "no thank you at the moment " then.)
The new tyres for my bike were quite expensive because I went for some that were very tough and sturdy instead of the soft and floppy at half the price. I figured these sturdy tyres should see me out!

The Suffolk Agricultural Association are doing an early-bird on-line discount on tickets for the Suffolk Show next year so I've bought mine and the printer co-operated to print it out, just have to keep it safe until 31st of  May.
The bill arrived for the replacement of the two kitchen lights that kept going on and off and I bought the last two saucepans I needed for my induction hob.

Finally I bit the bullet and ordered a smallish chest freezer for the garage. I was fed up with having to wiggle things around to fit it all in the current freezer storage. I'm used to having a back up of things that I'm currently using NOT having to wait until whatever it is is completely finished before I have room for another. Only problem is there's not a chest freezer of the size I need anywhere - so a 4 - 8 week delay.............will it be here by Christmas..............that is the question.

It's really been obvious how prices are rising this month. Moving here should have meant less spent on diesel for the car but with a 15p a litre price rise in just a few weeks I seem to be spending almost as much as before. The price of fresh fruit has been steadily rising all year and most supermarkets no longer do a "value" range - or if they do it's on a very limited amount of things. I've more-or-less restocked cupboards that had been run down prior to moving and have started to build up a small store of extras. The kitchen wall cupboards go right up to the ceiling which means the top shelf is beyond reach except with the steps so that's a good place for an emergency can store and Christmas things.

There was another expenditure in October, but I don't mind buying a present for this one at all! 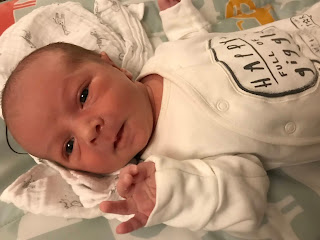 I'll return next month which happens to be Monday - Yes - November already. Clocks back Sunday - I refuse to be glum!

(Apologies for not reply to many comments this week)