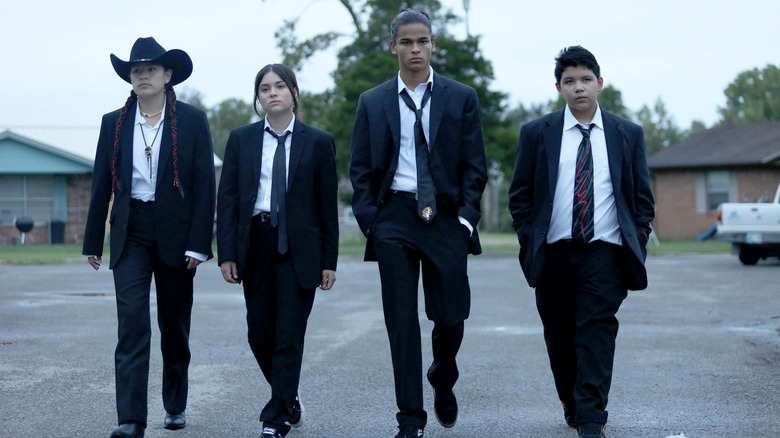 Taika Waititi and Sterlin Harjo's FX series "Reservation Dogs" is a hilarious and occasionally heart-wrenching portrayal of the lives of Indigenous teenagers in rural Oklahoma. The series follows four teens as they grapple with the loss of one of their own and try to find a way to escape their lives on the reservation. The series' authenticity comes from an incredible team of Indigenous creatives both on-and-off camera, helping to share their own experiences.

Another thing that makes the series stand apart from many other TV comedies is its willingness to get a little surreal, and at times delve into a kind of magical realism. There are supernatural elements in the series that make everything seem a little wilder, and the characters are plenty wild on their own.

/Film's Jack Giroux recently spoke with "Reservation Dogs" writer-director Sydney Freeland, and she revealed that season 2 is going to take things even further.

Too Many Ideas For One Season 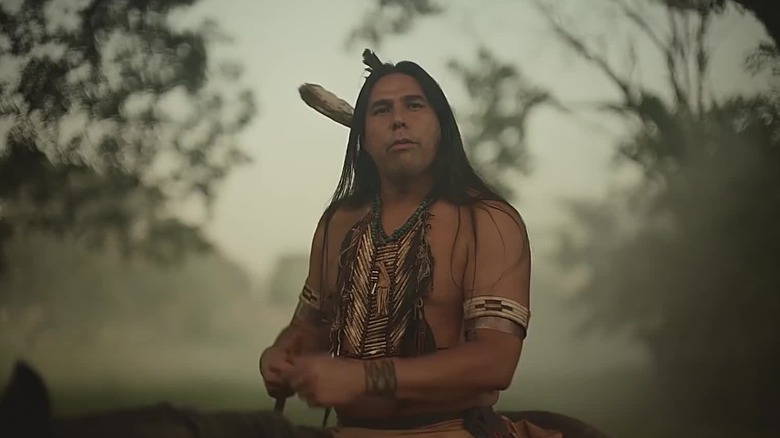 Freeland explained that they had so many ideas for the first season of the series and they had to cut some of them. The ideas that got sidelined will likely make their appearance in the second season, which she promises will take the series' insanity to new heights:

"I think we had probably 14 episodes, I want to say. We had ideas for 14 episodes and then we narrowed that down to eight. So, we already have plenty of ideas for season two. I know we have things we want to accomplish and places we want to go. It will be crazier than the first season."

So what could "crazier" mean for "Reservation Dogs"? Well, it could certainly mean bigger supernatural plotlines, like more of Dallas Goldtooth's spirit guide character, who died because his horse stepped into a gopher hole during a battle with Custer. I would love to see an entire episode about him and the spirit world, because it's only been lightly hinted at when the character visits the teen he's trying to guide, Bear (D'Pharoah Woon-A-Tai).

There's also plenty of opportunity to go crazy with some of the other characters on the rez, like Gary Farmer's Uncle Brownie, who keeps his weed in a jar buried in the backyard and did a tornado dance to try to change the weather, or Lil Mike and Funny Bone as the bike-riding, gangster-rapping Mekko and Mose. There's no shortage of crazy characters in this world, and knowing they're going to get to take it up a notch is exciting.

Season 1 of "Reservation Dogs" is currently streaming on Hulu.

Read this next: The 15 Best '80s Comedies Ranked

The post Reservation Dogs Season 2 Will Be 'Crazier' Than the First Season appeared first on /Film.