Skip to content
This week was mainly spent marking. I shouldn't complain - at least some of the kids do all of the work I set - but it takes hours and hours to mark it all afterwards ! The worst thing about it coming in by email is that there's no end. Just as you mark the last piece, you hit refresh in your inbox and there's a load more. At least when you collect written work, you can see the pile getting smaller and smaller ! Ah well ! 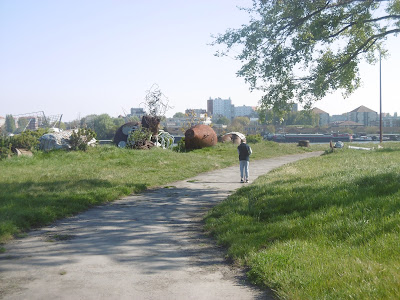 Sunday 3rd May - Another Sunday afternoon walk with Pierre. We're only allowed to go 1km for a maximum of 1 hour so we're limited in where we go, but as long as there's some space for him to ride his scooter or bike up and down and burn off some energy, he's happy and so am I ! On the left is a local piece of artwork - a crashed UFO made out of various bits of industrial junk. 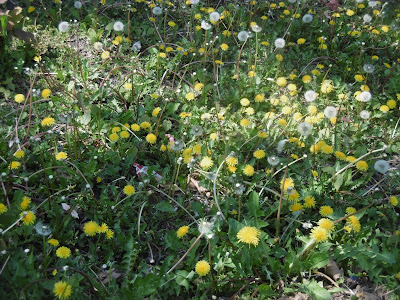 Monday - Back to home-schoolwork for everyone. I had emails with work to mark coming in all day long, up until about 10pm ! When I went to put the dustbin out for collection, I noticed how the grass opposite our house is absolutely covered in dandelions. I've never seen so many - maybe it's because less people are walking on the grass verge? 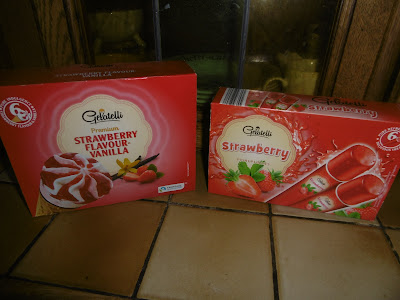 Tuesday - Pierre was ultra happy today because we did all today's work AND all Thursday's work so, with no school on Wednesdays and Friday being a bank holiday, he was already on a weekend ! It worked well for me too as I was still busy working through all my pupils' work. I went shopping and grabbed some ice creams. One thing I've noticed during confinement is that it takes very little to put a smile on the kids' faces ! 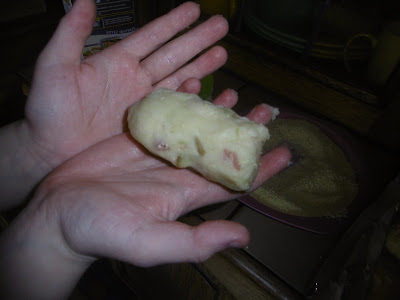 Wednesday - Pierre wanted to help out with making dinner so we made homemade potato croquettes, with ham inside them. I boiled the potatoes then he mashed them, added the milk and butter, mixed it all up, made the sauce, added that to the mash, shaped them with his hands and coated them in breadcrumbs. He just left me with putting them in the oven and doing the washing up. Hmmm ! 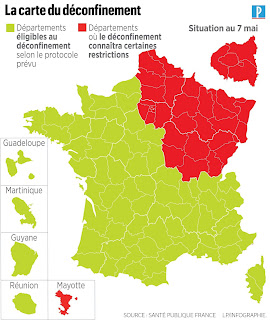 Thursday - On Tuesday, I had a phone call from my boss, to organise a meeting at school next Tuesday so that we could all find out whatever we need to know for secondary schools reopening in a couple of weeks. Then I had a phone call from Pierre's primary school teacher, to tell me he's in group 1 so will be going to school on Monday and Tuesday, whereas group 2 are Thursday and Friday. Except next week, it's just Tuesday as the teachers have one day to get everything ready, on the Monday. Then, today, the government announced it's deconfinement measures, and we learnt that we're actually still in the red zone. (Earlier in the week, we'd been green.) This means that secondary schools won't be opening but primary schools will be, for the parents who want it. As I still had my meeting at work planned, I said that Pierre would be going, then yesterday, my boss got in touch again to say we'll be doing an online meeting with Zoom. So I don't know any more. I think I'll send Pierre to school on Tuesday, see how it goes and how many kids are actually in his class (I don't think there will be many) then take it from there. 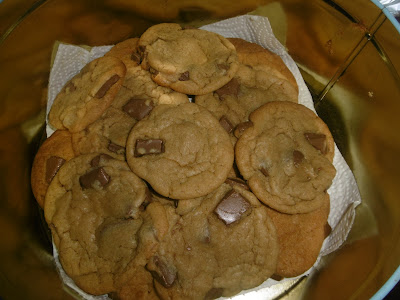 Friday - A bank holiday, which actually makes no difference since we're in lockdown but for some reason, the pupils never send any work on bank holidays or weekends ! Strange ! I made some choc chip cookies with Pierre - yum !