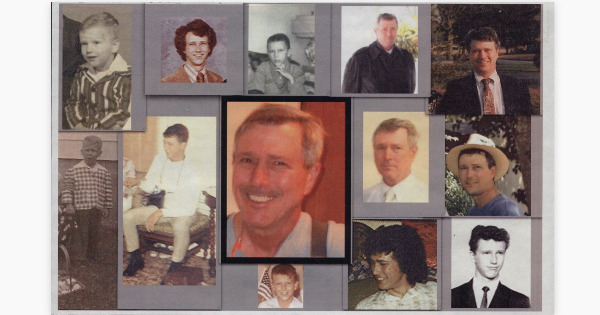 I’ve always looked up to my big brother. He blazed the trail for me.

I had some of the same teachers he had and my parents knew which ones were hard and which were unfair. Jeff helped me explore every creek in the neighborhood. If he liked a book, I read it too. He taught me to play chess on a chessboard from S&H Green Stamps, and he taught me well.

We would ride our bikes three miles to the swimming pool at Fort Sam Houston and throw rocks at the yellow jacket nests, and hide under water until they stopped swarming.

Jeff joined DECA (Distributive Education Clubs of America) and I was so envious of his diamond shaped patch, the way he looked, so cool in his sport jacket. He got to go the Montreal World’s Fair on his senior trip. I never even got a senior trip.

After he got his high school diploma, he took a computer class, and, for a while, he made more money than our old man. Of course, he was working 80 hours a week, and that wasn’t counting Dad’s Army retirement pay, but still.

We went to countless movie premieres in the D.C. area in his metallic blue Volkswagen Beetle. What a thrill!

Jeff would roar down from Frankfurt to visit me in Baumholder on his huge Triumph motorcycle. Comrade would pull him over on the autobahn just to check out his bike, he was that cool. Then he got a bigger one, an 850 Norton, which stopped traffic everywhere, even more so after he brought it back to the States.Jeff worked for the Audio Club in Frankfurt after he got off work at the Farben Building,
and he directed me to the best discount on the best stereo system in the world. It was still state-of-the-art years later when it was stolen.

When Mom and Dad visited us in Germany, Jeff was our guide. He borrowed his roommate’s car and we toured Europe on $5 & $10 a day, we really did! And Jeff would pick up enough German, or Italian, or French, to order our meals, to arrange hotels, to never get us lost.

After we got out of the Army, we toured the USA; road trip from Florida to upstate New York. He drove his little rag-top M.G. Midget through a hurricane in Georgia, the swamps of Suwannee, the flat sands of Daytona, We cooled the engine with spring water, visited friends and family along the way, crashed our cousin’s wedding in New Jersey, and a thousand other adventures!

Afterwards, he enrolled at the University of Texas in Austin and got a part-time job. I got a full-time job and enrolled at San Antonio College night school. I just didn’t have the confidence he had. He was the first in our family to get a degree.

And then, with his B.S. and his computer skills, he rose to the top of the heap – several times. He would hit rock bottom – but he would always rise!

I’ve always looked up to my brother. But now, I’m looking down at his grave. Then again, I take a look at the sky and feel his spirit floating by.

I’ve always looked up to my big brother.

(Previously published in the Texoma Enterprise)
—

The post My Brother Jeff appeared first on The Good Men Project.