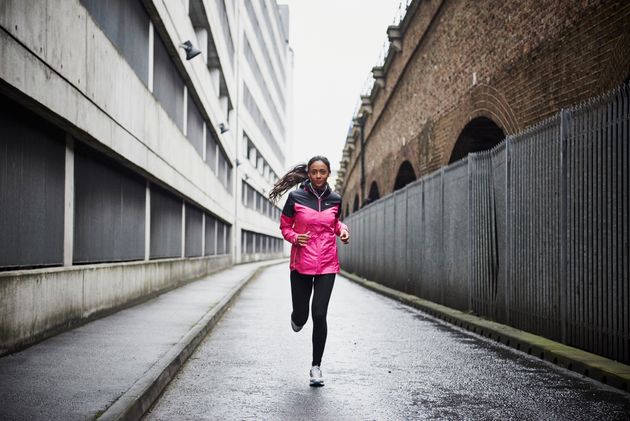 One in four women are subjected to regular sexual harassment when they go running, while 60% have suffered physical or verbal abuse at some point during a run.

That’s according to a survey of more than 2,000 amateur female runners from across the UK, conducted by Runner’s World and Women’s Health.

To be honest, I’m surprised the figure isn’t higher.

Sadly, these experiences are far from unique.

“When running through south London, within the space of a couple of minutes, I’d had a car full of young men slow down and make obscene gestures alongside me, as well as a bus driver on a break call me over to grab my hand and tell me how good I looked in my leggings,” Kara Godfrey, 24, previously told HuffPost.

“A man I passed on the street tried to stop me by touching my arm and shouted after me that I should ‘come back to [his] house’ before also shouting exactly what he’d do if I did go back with him,” Lou Boyd, 25, added. “A mother and two children were on the pavement beside us, he didn’t seem at all bothered that they could hear what he was saying.”

You always imagine reacting with a perfect takedown in these situations, but the reality is most of us freeze. Almost half (48%) deal with these encounters by trying to ignore it, according to the survey, and only 15% yell back at their harasser(s). One in five now always run with a companion to avoid being alone.

The survey is part of the Reclaim Your Run campaign, which has been launched in support of the Crime Not Compliment initiative, led by Plan International UK and Our Streets Now, to end public sexual harassment in the UK by making it a criminal offence.

“We now live in a society which forces female runners to carry phones with them, change their routes and use safety-tracking apps because they don’t feel safe,” Claire Sanderson, editor-in-chief of Women’s Health UK said. “We know that 6% of women have even feared for their lives when running, and that quite simply needs to change.”