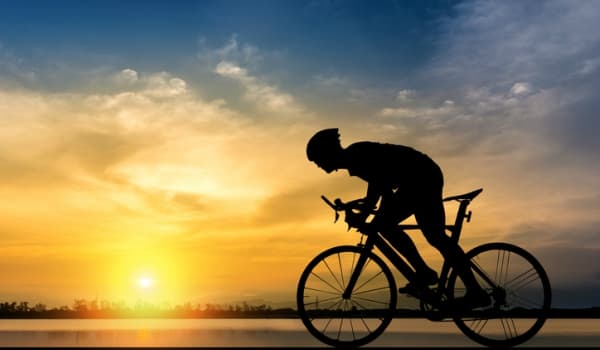 I “biked across the United States” based on the 2,802 miles I’ve biked over the last year and a half in the city I live. It’s an amazing accomplishment, but it wasn’t even on my radar in the beginning. It was something that evolved from achieving a small goal after small goal. Then, one day, I realized how close I was to achieving something great. It was like it just happened out of nowhere. It reaffirmed the idea that all great achievements require the completion of multiple small goals. 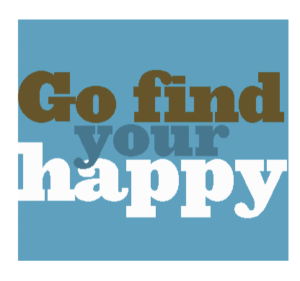 “A person should set his goals as early as he can and devote all his energy and talent to getting there. With enough effort, he may achieve it. Or he may find something that is even more rewarding. But in the end, no matter what the outcome, he will know he has been alive.” — Walt Disney

My City is Made For Biking

The city of Portland, Oregon, has hundreds of miles of bike lanes. The Portland Bureau of Transportation actually puts it at 385 miles as of April 2019. The paths make it easy for anyone to ditch their car and adopt a cleaner, leaner lifestyle (which is exactly what I did).

I began working for a local brewery dedicated to sustainability, who encouraged their employees to adopt the same principles. They even offered a monthly bonus to the employees who rode their bike or took public transportation to work every day. The financial boost was excellent, and as management, it only made sense to lead by example.

I found a bike on Craigslist that fit my size and needs, and I began my biking journey.

How Are There Hills Both Ways?

It was harder than I expected in the beginning. The hills, which seemed to be on both ends of my commute, gave my legs a run for their money in the first few months. Eventually, these hills became easier and made the ride much more enjoyable. I was gaining muscle I didn’t know I had.

It’s the same for any new challenge. You have to work for it, and sometimes it’s harder than you thought it was going to be. Eventually, you “build your muscles” and it all becomes easier.

For May, the company and local area participated in the Bike More Challenge. It was pretty simple, download an app that tracked your biking miles or input them manually. The team with the most miles that month won prizes.

My daily commute to work was only 4 miles. It allowed me to achieve about 8 miles at least five days out of the week. I felt I had a pretty good chance of racking up some solid miles for the team. Outside of that, I made a point to get out and do some rides on my days off, rode the bike to handle quick errands, and tried to find any way to get out and add some miles to my totals.

The setup was pretty addicting. You won prizes after biking so many miles or biking specific routes in the city. The app also has a ton of internal badges for biking during certain weather conditions, on certain biking holidays, and biking long distances. It makes you want to get out and put in some miles. I didn’t realize until later that these small goals and accomplishments were guiding me to what would become a huge goal.

By the time the month was done, I became hooked to trying to reach the next prize, get the following badge, achieve the next accomplishment. The app’s crafty developers made badges for everything you could imagine. They made it so easy to want to keep riding.

Not only was I dropping some pounds while pedaling my way around town, but the app also showed exactly how I was helping the environment, too. It calculated the amount of Co2 saved in kilograms, how many miles I’d biked, and showed the number of trophies I had earned.

I honestly had forgotten about the app after a while. Out of curiosity, I checked it a couple of times a month. It was always fun to check because the app calculates how far you’ve ridden and referenced it towards distances across states. It starts with the smaller states, like Vermont, and then becomes larger states, like Texas and Alaska.

I would go back and see how far I was across the next large state for fun. One day, I went to see which landmark I was about to have “crossed” when the app informed me I was 0.8 of the way from biking across the United States. It blew my mind and obviously became my next goal. I had to do it!

I Fucking Did It!

No matter what your goals are right now, everything begins with making that initial move. Biking across the United States had never crossed my mind before the app made it a possibility. Then, it became all I could think about whenever I rode. The app kept me focused and moving in the right direction, even when I didn’t know it.

The things we want most usually take the most time to achieve. Significant accomplishments aren’t realized all at once. They are achieved by reaching smaller goals while keeping a forward focus. Your goals evolve as you reach these more modest goals. This allows you to imagine larger, more significant goals. Before you know it, you are on the precipice of something amazing. You have accomplished something incredible, whether you planned on it or not.

If you believe in the work we are doing here at The Good Men Project and want to join our calls, please join us as a Premium Member, today.

The post I Biked Across the United States According to My Ride App appeared first on The Good Men Project.