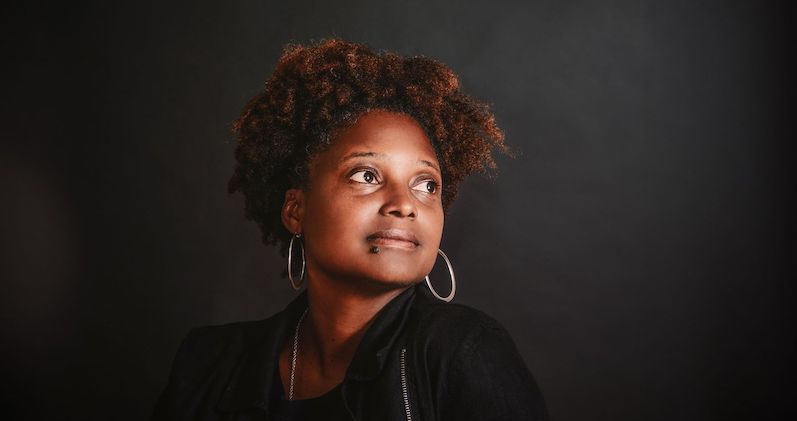 Yesterday, riding my much-cheaper-than-a-Peloton bike and bobbing to Killer Mike and El-P on Run The Jewels 4, you could say I was in a mood. On the heels of Killer Mike’s speech in response to the George Floyd protests in Atlanta, some people are already calling the newly released album the anthem of the moment. The duo have a well-known signature, often confronting social and political issues with sharp lyrics and adrenaline-laced instrumentals.

RTJ 4 is an unabashed example of putting meaningful messages in an aesthetically pleasing package. At moments like this, people concern themselves again with the cross-section of politics and art. We ask whether art matters at a time like this and, to the extent that it does, question the forms it takes. Protest art? Satire?

When I was in college, almost exactly a year before Donald Trump was elected, I’d helped organize a panel for the school literary magazine titled “Narratives of the Periphery.” The conversation was about representing marginalized groups in media and literature. It was an all-star cast of panelists: poet Tracy K. Smith, journalist Nikole Hannah-Jones, and n+1 co-founder Marco Roth.

Smith had already won the Pulitzer Prize for her collection Life on Mars, but this was before her tenure as US Poet Laureate, and years before Hannah-Jones won her own Pulitzer as one of The New York Times’ star reporters. Anyone familiar with Roth’s writing knows he’s great, too, but I’ve lately been thinking of what Smith and Hannah-Jones in particular said as they talked about working on poetry and journalism as women of color.

From a young age, Smith was interested in reading and writing poems that “were not merely demonstrations of ideas that had been resolved,” she said, but “examples of how an individual might engage with that which is troubling.”

For Smith, poetry was a way to carefully address “unanswerable questions.” This approach to writing and thinking has consequences for bipartisan politics, whose practitioners are frequently pressured to come down firmly on one side (even when that side is obviously harmful, Tom Cotton).

Citing George Orwell’s essay “Politics and the English Language,” Smith asked the audience to imagine what it would be like if “politics were beholden to the rigor of craft in the way that a poem or a short story was.” That is to say, many politicians need better editors.

Though Nikole Hannah-Jones has firmly rejected suggestions that she is an activist-journalist, she described an upbringing in which she was constantly looking for herself in the things she read. She rejected “canonical” literature that didn’t mention people of color. At one point, Hannah-Jones even mentioned her alternative historical view that black Americans began inventing the country as we know it today in 1619.

In thinking about Hannah-Jones’ 1619 Project for The New York Times and the images that have come out of the Floyd protests, I thought of what Hannah-Jones said about Civil Rights-era photography. “Using visuals was going to in some ways elicit more emotion and force the nation to grapple with things that wouldn’t have happened strictly in print.”

“It’s almost impossible to get people to care about racial inequality if you can’t make it very personal,” Hannah-Jones continued. The personal is where art and politics have always begun, and responses to the Floyd protests are demonstrating this in a way that feels, if not unprecedented, at least unusually potent.