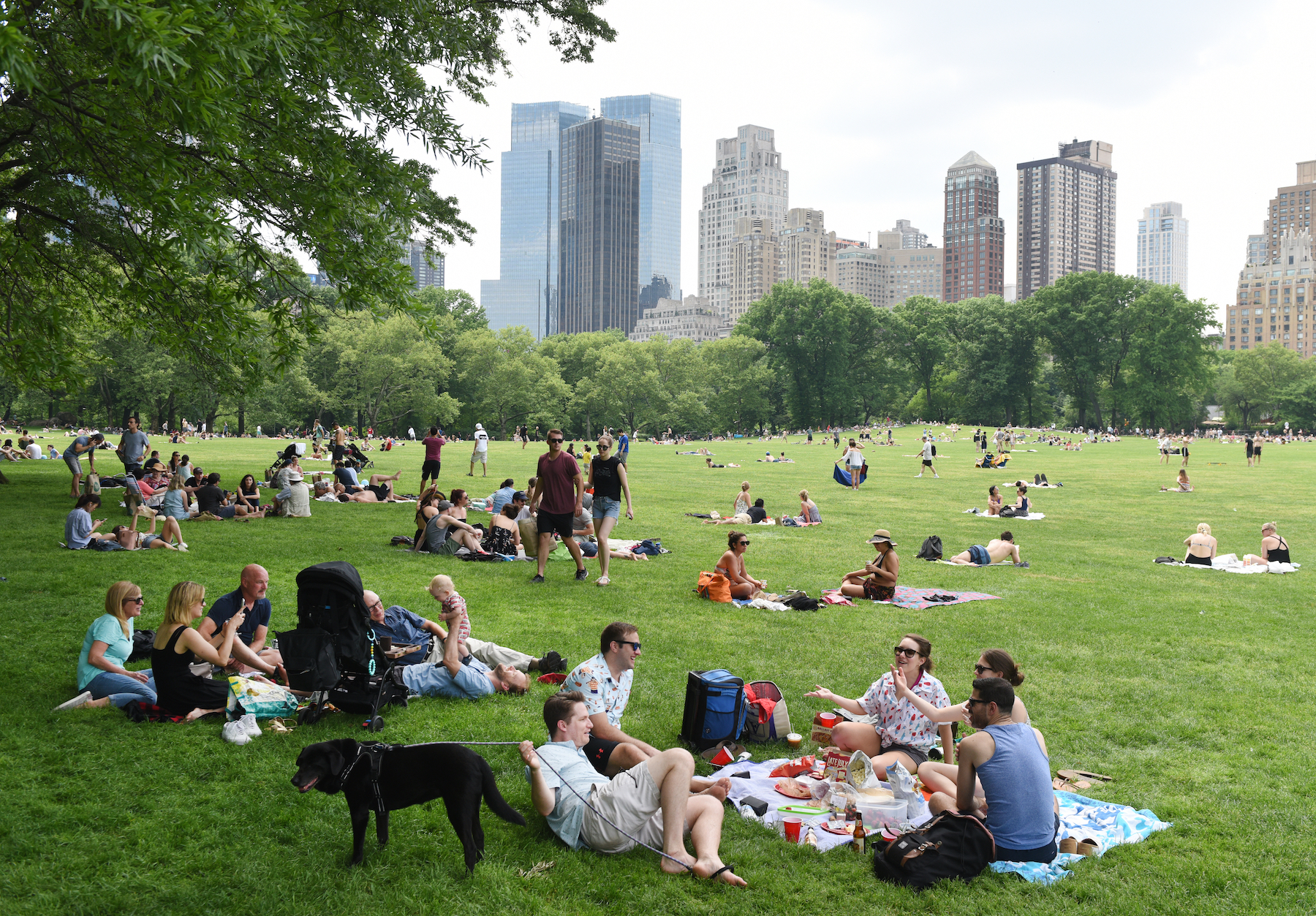 You might've heard the phrase 'New York Strong' before, and there's a reason for it. New York City has proven itself to be full of tough and hearty people for as long as it's been a city, but in the last year, like the Statue in its harbor, it stood as a beacon for strength and community.

And we're not the only ones who think so. In Time Out's annual Index survey, a whopping 72 percent of respondents said NYC was 'resilient' (putting it in second-place for cities around the world and first in North America) and 70 percent ranked it high for 'community spirit' (third place globally).

Although last year was difficult, New York City pulled itself up by the bootstraps and became an example of a city that rises to the occasion with neighborly love. Below are just five ways NYC has shown its resilient community spirit this year:

It was the first US city to require proof of vaccination

New York City was devastated by the pandemic, so when vaccinations became widely available, the city made the controversial decision to require proof of vaccination for entry to indoor businesses and events, including at restaurants, theaters and gyms. It was the first US city to do so, showing its dedication to protecting its population and trying to return to some semblance of normalcy.

It made a commitment to opening more green, open spaces

Since New Yorkers were stuck inside for over a year with little place to go for fresh air, the city and its residents prioritized opening up more public space. Its Open Streets program transformed a total 67 miles of concrete into open-air parks where residents can now run, bike and play. Some neighborhoods even want to do away with traffic permanently based on the success of the program. Even more green space was added when the city's newest park, Little Island, opened this summer, offering up a verdant and hilly oasis 'floating' in the middle of the Hudson River.

It made it possible for restaurants to survive with outdoor seating

As New Yorkers quarantined and were barred from eating indoors for months, restaurants struggled to stay afloat as the crisis crippled the hospitality industry. Seeing this, the city took to the great outdoors and began allowing al fresco dining on sidewalks and streets under the Open Restaurants program, which allowed all dining establishments to serve their patrons without previously having a permit for it. NYC became an outdoor dining destination thanks to this measure, which recently became permanent.

It found new ways to bring culture to the people

Out of necessity came creativity. NYC's talent took to the literal streets to perform — we saw outdoor art exhibits from the Museum of the City of New York and the New-York Historical Society, shows set behind storefront windows like "Seven Deadly Sins" and along sidewalks such as "Voyeur: The Windows of Toulouse-Lautrec," and so many concerts from BAM, Lincoln Center and others. Experiencing our talented neighbors do what they're passionate about on the street, where we're all equals, inspired both a sense of community and the feeling that we'd get through it together.

It took care of its own

2020 presented NYC with unprecedented problems but the city rose to the challenge because neighbors took care of neighbors. From free mask handouts at subway stations and vaccination buses to the growth of mutual aid networks and community fridges, it was clear that community was the new New York state of mind. Some New Yorkers fought to stave off evictions while others delivered groceries to their more vulnerable neighbors. Some rallied to reopen local businesses struggling under financial pressure while others created and sold cookbooks to boost the coffers of mom-and-pop shops. We, this beautiful New York City community, were in it together.