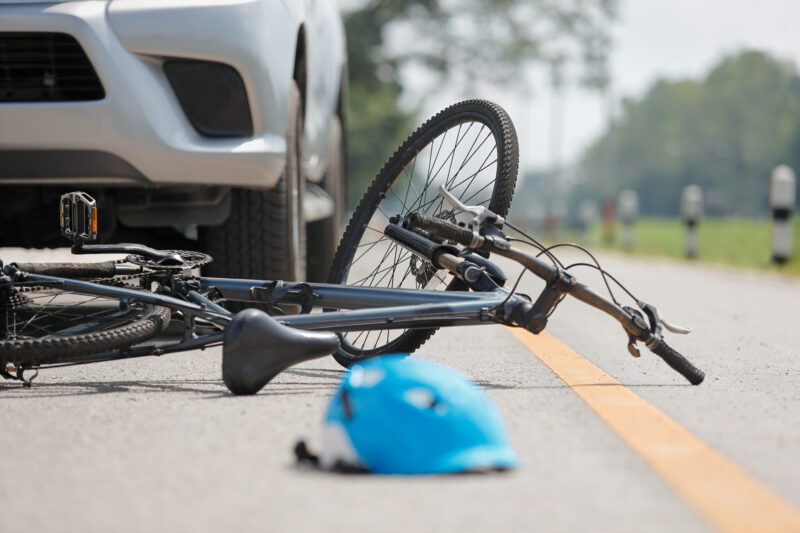 This content is for informational purposes only and is not intended to provide legal advice.

You might have more options than you think if an uninsured driver hurts you while riding your bike. Usually, the at-fault driver pays compensation for any injuries to the other vehicle, driver, pedestrians, and passengers involved. In most cases, the other traffic participant’s insurance company solves such matters.

However, what happens if the at-fault driver is uninsured? More and more drivers carry the so-called uninsured driver coverage, which pays off damages to your car and personal injuries if an uninsured motorist causes the accident. Nevertheless, hitting a cyclist is different, and you might think you’re out of luck if an uninsured driver hits you.

When someone is hurt in an accident caused by another driver, the driver’s insurance is likely to pay for injuries and personal damages. However, a few drivers are on the road without insurance because their states don’t require insurance, or they’ve let their policies lapse.

Uninsured motorists include unauthorized drivers and drivers who operate the vehicle illegally. Uninsured/underinsured coverage protects drivers from these types of motorists.

As a cyclist, you might receive compensation for any injuries sustained in an accident with an insured motorist. In addition, many states have laws that require insurance, which makes it less likely to be hit by an uninsured motorist.

On the other hand, your recovery options might be narrow if an uninsured driver hits you. You could sue the uninsured driver, but they might escape liability because they don’t have any resources, and they deal with a low-enough income to make it almost impossible for you to collect on any judgment.

Nonetheless, you should hire a specialized attorney to help you understand your options. Make sure you always get a law firm in the state/city where the accident occurred. For instance, a Westbury car crash attorney can help you if you were the victim of a car hit in New York. Proceed similarly if a car hit you while pedaling in a state even if you don’t reside there and were just in passing. Moreover, it would be best to get a lawyer with proven expertise in car and bicycle accidents because they can see the same problem from all possible angles.

Bicycle insurance has been available for years in other countries, and it’s now available in the United States. You can get comprehensive coverage or just liability, but the important thing is to get uninsured motorist and underinsured motorist coverage, abbreviated as UM/UIM.

This type of coverage will pay for your injuries if an uninsured or underinsured motorist hits you. The policy isn’t expensive, and as cycling grows in popularity, it is almost mandatory for anyone who rides their bikes extensively.

If the driver has insurance, you can file a claim against the driver’s insurance. If that doesn’t cover your damages, you could also file against your policy to cover the shortfalls.

Most states require motorists to carry a liability policy that meets minimum standards, usually $50,000 for bodily injury and $20,000 per crash for property damage. Bicycle insurance will protect you if you are at fault in an accident with a vehicle.

If a car driver hit you while you were pedaling for work or fun, have your attorney advise you on the issue of personal injury claims. You could be in your right to receive compensation if you lost your income or had to pay medical bills (including ambulance services, surgery, treatments, physical recovery, etc.). If the uninsured motorist who hit you has a low income, your attorney will offer the best advice when it comes to fair settlements.

Some people mistakenly think that UM/UIM insurance doesn’t cover bicycle crashes. But bicycle UM/UIM policies are designed to cover all car crashes regardless of whether they are with another vehicle or a bicycle.

Vehicle collision damages go both ways depending on who is legally responsible for causing the accident. Fortunately, most passenger vehicles are insured if a bicycle damages the vehicle in a collision. But in collisions that led to serious injuries or the death of the bicyclist, hiring an attorney is important to maximize the compensation or fight for your rights.

This content is brought to you by Mary Aderholt.

The post Cyclists vs. Uninsured Motorists: What Are Your Options? appeared first on The Good Men Project.