Here in rural Ohio and currently have a 40x64x12 pole building addition with metal roof and siding. The inside is unfinished with exposed trusses 4'oc and bubble wrap between the roof metal and its purlins. Conventional truss, so flat bottom chord. 4/12 pitch. The exterior walls have no wrap, simply metal attached to side girts on 6x6 posts. It has a 16x10 and 10x10 overhead door, a 36" man door, and 7 windows, all double pane, double hung. Also, along one gable end is a lean-to whose "attic" space is open to the inside of the building. (Hope that makes sense)

It will be getting liner panels on the ceiling soon and eventually liners on the walls. I'm not going to do my own blown insulation up in the ceiling.. with trusses 4'oc and only one brace down the middle, I'd rather pay an Amish kid to do it. I'd hate myself if I had a misstep.
From here on out I'll call it the "new" area.

This building is attached to a 22x20x10 garage that is/was a detached garage, too nice to tear down so we punched out its back wall for a 10x10 overhead door and a 36" man door. This space, unlike the other, is insulated by previous owner and the walls and ceiling are covered in OSB. This area will probably be my paint booth. (I do custom bike work and occasionally some car parts roll through.) From here on out, I'll call it the "old area"

I like doing electrical work, and for some reason I'm good at it though I'm no expert. I find it cathartic and I've been doing the electrical work in the new part in my spare time, biasing my efforts toward the trusses because once the liners are up, I plan on hopefully never going up there again. So I'm making my drops at the walls and stopping there, thinking that once the ceiling is up, I've got all winter to do outlets etc along the walls. But it sure would be nice to have the ceiling closed up. I lose so much heat out the soffit and ridge vent. (There's also a time constraint in this whole deal which would take too long to explain, but let's just say it would behoove me to have the ceiling up within the next 3 weeks)

I blast heat with my Mr Heater 210KTR torpedo... It's a monster and seems to actually help out a bit while I work out there.

I plan on finishing up the cable runs in the next couple weeks and putting up my roof baffles in anticipation of blown insulation going in.

I definitely want a safe, dry heat. Ideally, when painting, I should be pulling heat from the new area into the old, through paint booth filter blanket media, and then exhausting my fumes outside. So, I really shouldn't have to worry about solvent meeting flame and I plan on having the stove pretty far away. I also think the liner panels would help bounce some infrared out into the new area (2560 sft)
See pic below with my crappy markups. Pic is taken from proposed stove location. Center overhead door leads to old area (paint booth).

My old area (paint booth) needs heat of at least 65F if I want to have any luck painting. The warmer, the better.

I definitely want a wood stove, whether it's a barrel stove or freestanding EPA style with glass door on the front. I don't want to mess with the ceiling so the flue will elbow out and then go up next to the gutter outside. I'm going to have three 24" wall mounted industrial fans strategically placed around the perimeter about 9' high to move the heat around. They can be angled up and down.

I'm intrigued by radiant tube heat but I have no frame of reference and am not sure how much they cost. We have no access to a natural gas well here but having said that, I'm okay with having a propane tank out back. We had a propane heater at our old house for the 30x40 pole barn and it seemed to do a good job, although it wasn't great for me since it basically moved a lot of dust around. Dust does not belong on top of clear coat, don't get me started. But I worked around it.. I'd be open to that again.

I'm pretty sure I don't want to do spray foam insulation, mostly due to cost. Closed cell came in at around $12k for the whole building... Not sure what it would be if they only did the walls, haven't asked yet.

See a pic below for a side view of an exterior wall... Should the ceiling and walls get a vapor barrier (5 mil plastic) between the wood and liner panels?

What would make for a good cold-day routine, get a fire going and while it's heating up, blast the kerosene heater? I figure that would give me some pretty instant heat and once the stove is going, it can maintain whatever desired heat level throughout the day. I have plenty of wood to feed it.

What do you guys recommend for wall insulation? In recent days, I've starting leaning away from framing out another 2x4 and thereby having a 3" thick space for R13 insulation. Instead, I'm thinking of going with flush walls since the cost of lumber would be about the same but would involve much less J channel which I'd need for getting around the posts. Besides, I don't want to see exposed outlets on the posts and, in fact, a flush wall with 5.5" of space to play with means I can essentially put outlets wherever I want on the walls.

Any spray painters here? Would you guys do an outside air intake for the stove? Am I not as worried as I should be?

if you made it all the way through this, thank you for reading and I look forward to any sort of input and ideas. Thanks guys! 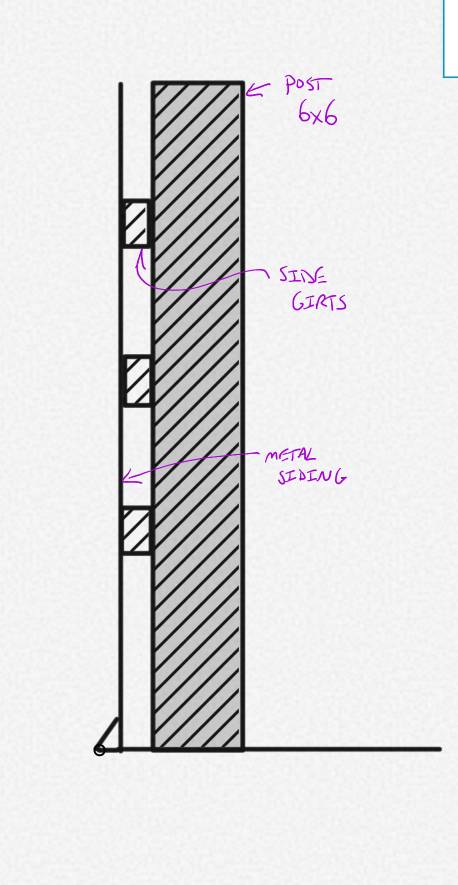 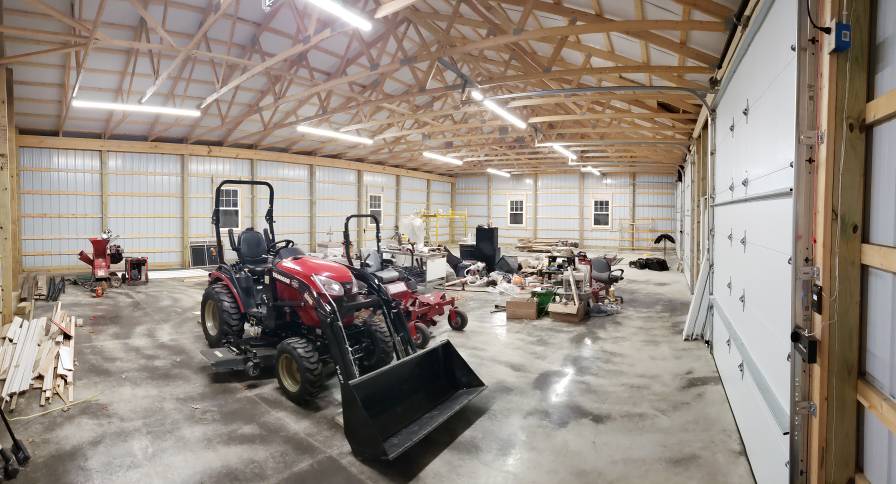