Opinion on affordable housing, pandemic recovery and growth were all discussed Thursday evening during a candidate forum for Broomfield’s 12 City Council candidates.

About 40 community members attended the in-person event hosted by the Broomfield Chamber of Commerce and moderated by Chamber President and CEO Sam Taylor. Questions were curated from submissions from residents before the forum and questions written down by members of the audience.

There are two candidates running in each of the five Ward races as well as the mayoral race this year. Because of the number of candidates in this year’s election, Taylor noted not all questions will be asked of each candidate. Candidates Grayson Hofferber and Mindy Quiachon participated remotely though Zoom, and candidate Brian Peotter told the Chamber he would not be present.

The 11 present candidates were each given two minutes to offer an opening statement introducing who they were and what they were campaigning on. The candidates expressed a shared love of Broomfield and desire to keep community safe, healthy and thriving.

Ward 3 councilmember Deven Shaff, running for reelection, listed affordable housing, sustainability and recovering from the pandemic. Peotter, also running for the seat, has campaigned primarily on lowering property taxes, followed by other secondary issues such as safety and revitalization.

In the Ward 4 race, candidate Mindy Quiachon said community service and safety, followed by economic recovery and support and then smart growth. Opponent Bruce Leslie said his priorities are to keep Broomfield a place where “our grandchildren want to live,” followed by collaborating with Broomfield residents and maintaining a high quality of life.

When asked how Broomfield can ensure law enforcement is prepared to handle individuals with disabilities, mental health issues or those who don’t speak English, Cohen said officers must listen to the individual and continue training. He also nodded to the department’s successful co-responder program. Hofferber said “the biggest thing is understanding our police have an incredibly difficult job as it is,” and said it’s a matter of approachability and accessibility.

Leslie responded that issues are solved by leadership, empathy of the officers and by training. Quiachon said she’s campaigning on increase mental health support and support for disabled residents.

Marsh-Holschen said he’s like to see a local homestead exemption open to everybody that’s means-tested and reevaluate the affordability of the mobile home parks in Ward 1. Hammerschmidt said it would be her job to figure out why housing became so expensive in Broomfield, noting part of it may be due to “government overregulation.”

Shaff, when asked, cited the inclusionary housing ordinance the Council passed and the independent housing authority created Tuesday as two avenues that will both lead to more affordable units in Broomfield.

When asked what role residential development plays in Broomfield and the government’s role in managing growth, Ward said residential development plays a huge role, adding, “One of the things I’d like to see us do is do more mixed-use development where you include both commercial and residential developments so people can walk and bike instead of having to drive.” Hultman, asked the same question, first chose to address the previous question. He said he would put pressure on the mayor to encourage state legislature to fix the “construction defect litigation situation, which is a huge part of why Colorado is so unaffordable.” Answering the current question, he then said local government has a responsibility to keep a balance of residential homes versus businesses.

When each asked if they supported tax increment financing and metro financing to jumpstart development, Castriotta, Groom, Marsh-Holschen, Hultman, Ward, Quiachon, and Leslie all said yes, and Hammershmidt said the community needs to be involved in the localized tax district.

Shaff, asked to share his opinion on Broomfield’s pandemic-related support, said City Council must continue to communicate effectively and work with area partners to ensure residents are taken care of.

Taylor then asked if candidates would be willing to reduce Broomfield’s 40% open space goal to allow for affordable housing. Hofferber, who alluded to the idea earlier in the forum, initially said when asked that the idea is something City Council needs to consider calling it a supply-and-demand issue. He then said he thinks it’s possible to achieve both. Opponent Cohen, who’s campaigned on preserving open space, said it would be shortsighted to give up the conserved land now for a housing surge, acknowledging the city and county would never get that open space back. Neither Castriotta or Groom, when asked, agreed with the idea of lowering Broomfield’s percentage of open space.

When asked if Broomfield’s planned future civic center should house nonprofits, Quiachon, Leslie, Hammerschmidt and Marsh-Holschen all said yes. When asked how they thought Broomfield handled the recent conversation around homelessness, both Ward and Hultman agreed city staff and police handled the issue well and with compassion, though Hultman added there could’ve been better communication explaining the process to residents.

The forum can be viewed through Broomfield’s streaming webpage at bit.ly/3FPwiqM 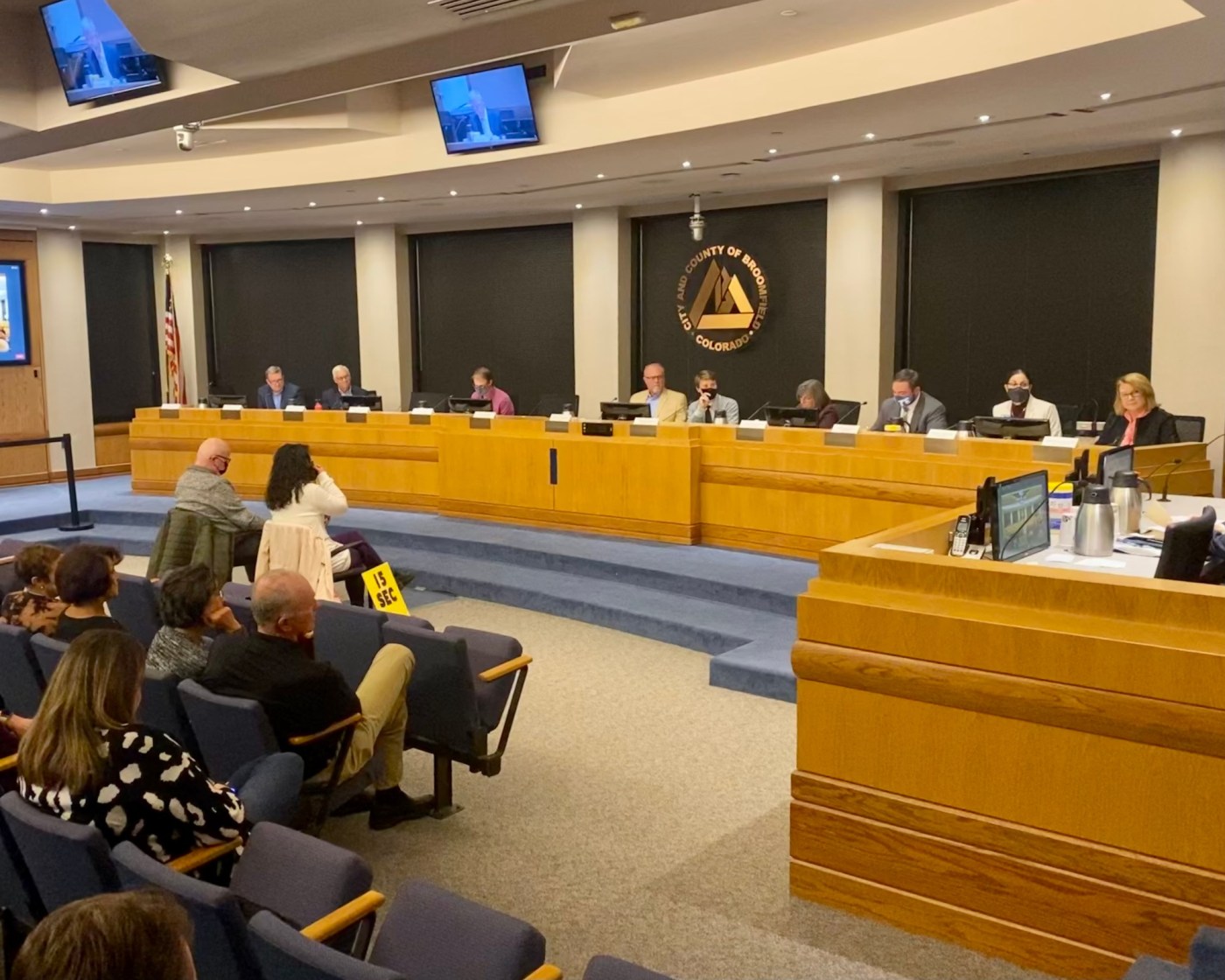