Please note that businesses, attractions, and events throughout New England have been closed and/or canceled in response to the COVID-19 health crisis. Please travel responsibly, and check with individual businesses and event organizers before making travel plans.

Clustered together yet distinct in character, the best Connecticut coastal towns are an attractive mix. As with neighboring Long Island Sound, where a churning of salt water and fresh water yields a unique ecosystem that supports diverse species, each shoreline community summons its own devotees with a singular swirl of culinary delights, breezy scenery, and waterside experiences. Add them to your list for when it’s safe to travel again! 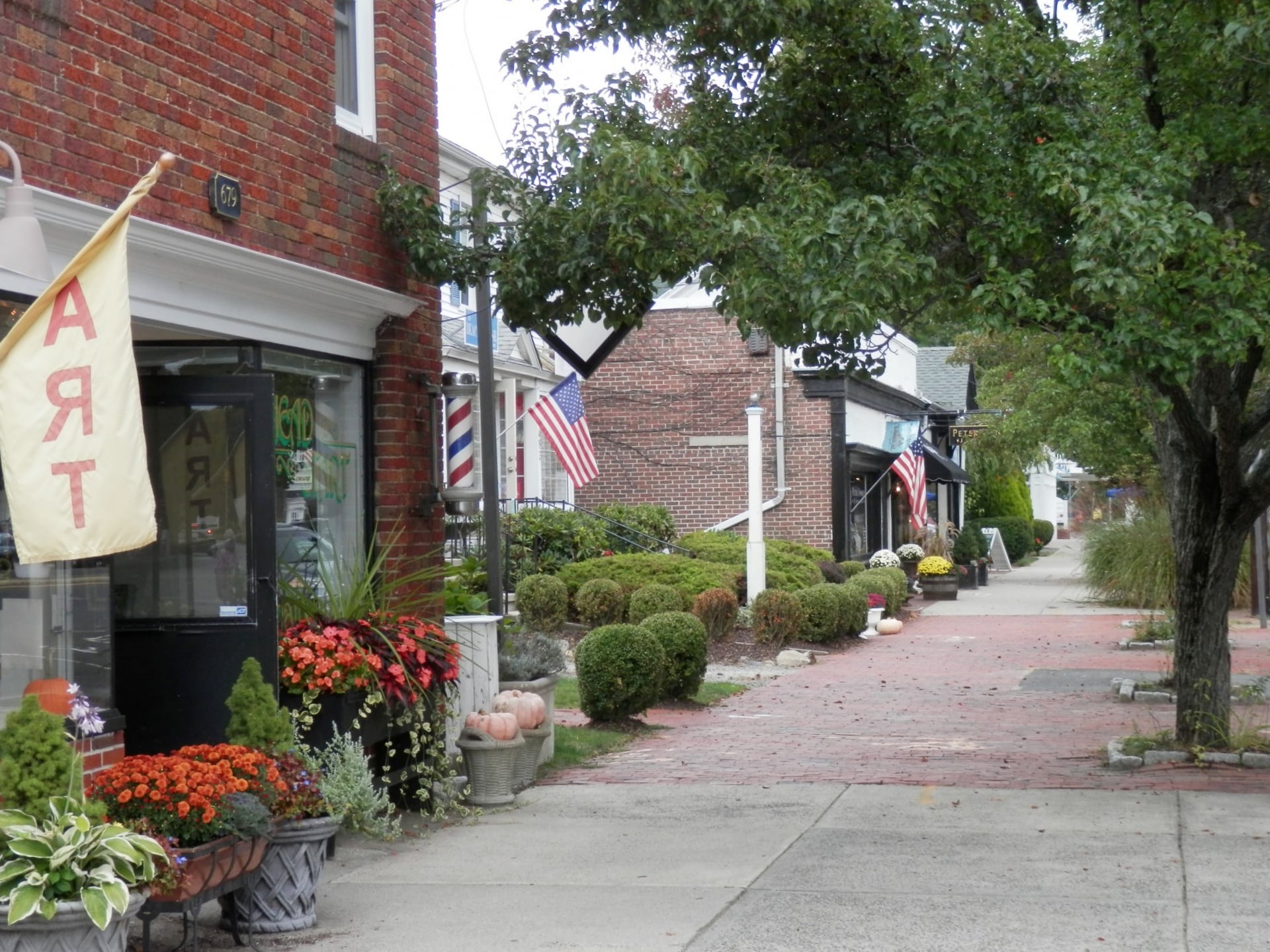 The restful rhythm of gently sloshing Long Island Sound. The heart-palpitating sight of a glossy ibis in flight. The joy of finding the perfect read with the help of an actual human bookseller. Simple pleasures make Madison a magnet among Connecticut coastal towns. Its throwback downtown is as beloved as its four town- and state-owned beaches. Hammonasset Beach State Park — Connecticut’s largest sandy expanse — isn’t just a place to bury your sunscreened nose in that novel you selected at R.J. Julia. Stroll the boardwalk. Visit Meigs Point Nature Center. Hike or bike through the 460 marshy acres that are a haven for shorebirds and a heaven for birdwatchers, who flock to the Audubon Shop in town to gear up. You can splurge on a stay at Madison Beach Hotel, or — if your budget is leans more toward whole bellies at the Clam Castle than bright, fresh French bistro fare at Bar Bouchée — pitch a tent at Hammonasset for the night. 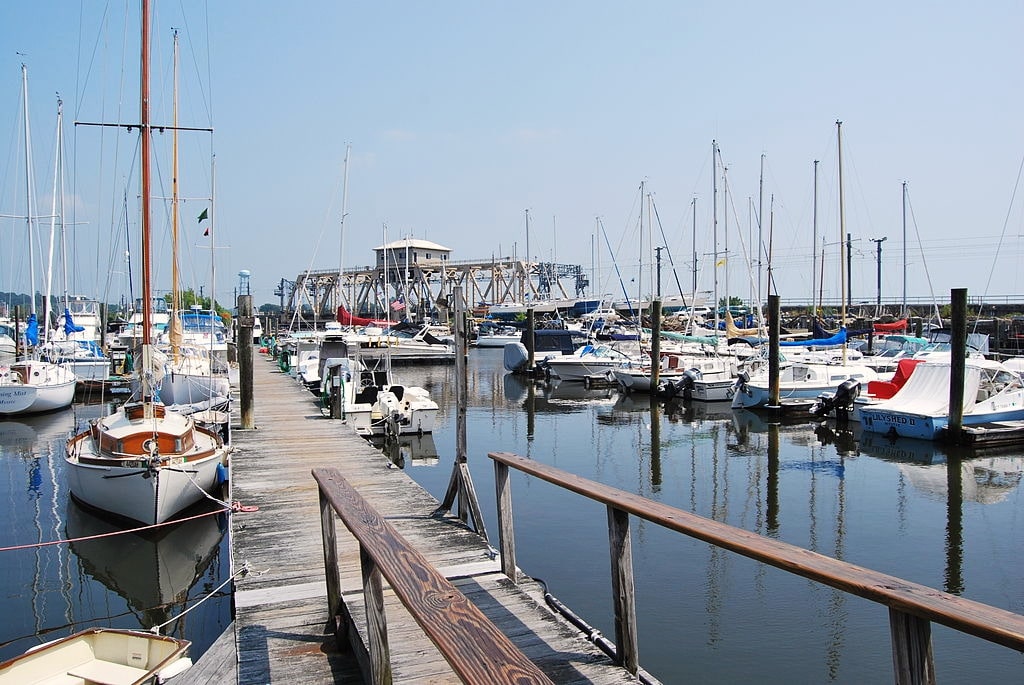 Spend any amount of time in this historic shipbuilding village at the mouth of the Mystic River, and you’ll leave with a deeper appreciation for the 71 percent of our world that is salt water. If you’ve heard Mystic (arguably the most popular of the many Connecticut coastal towns) is overcrowded, don’t be deterred. With the wind in your hair on a schooner Argia sail, you’ll feel nautical miles from civilization. Below the deck of the Charles W. Morgan whaling ship at Mystic Seaport, it’s quiet enough to sense the presence of rumored ghosts. And if you book the “Paint with a Whale” encounter at Mystic Aquarium, you’ll be aware of only one other creature: the beluga adorning the canvas you’re holding. Sure, you may have a wait for a coveted table on the deck at Red 36 or in the Treehouse at Oyster Club, but you can occupy that time by sipping a local brew and enjoying the view. 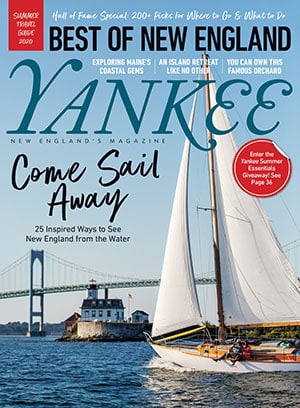 We want to share our spring Yankee with YOU!

Take a break and read about all of your favorite locations that made the Best of New England Hall of Fame. 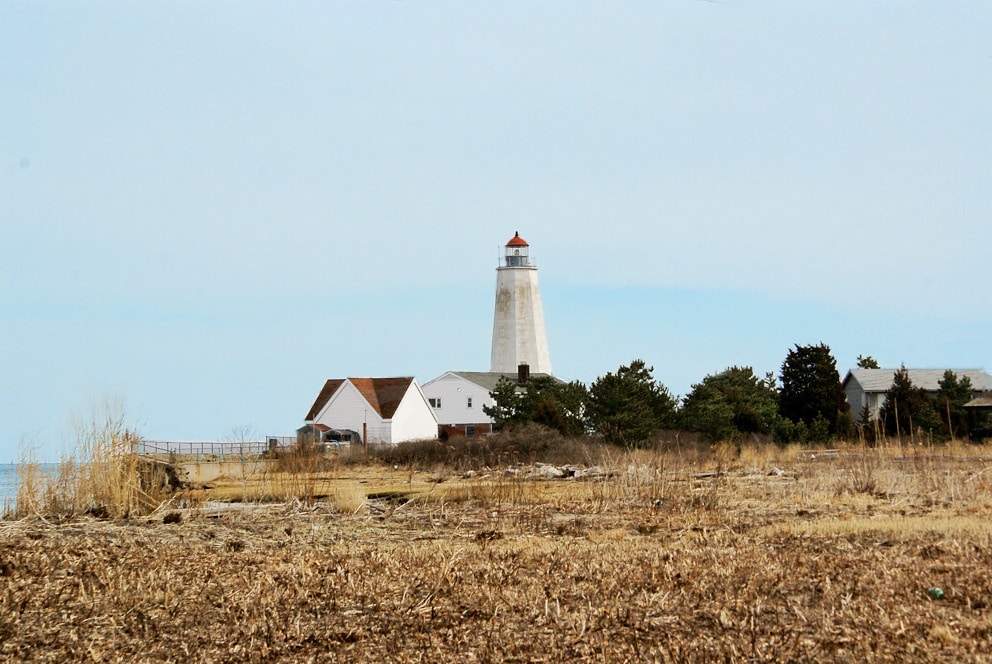 Connecticut’s oldest shoreline town sits at the crossroads of New England’s longest river and Long Island Sound. This might be a radically different place if Yale University had remained where it was founded. Instead, Old Saybrook is a posh yet friendly residential community where you can vacation like a local. Even though nonresidents can’t park at Town Beach, in-the-know out-of-towners stroll there at low tide from Harvey’s Beach, which is open to day visitors. Stay at Saybrook Point Inn, and you’re steps from the site of Connecticut’s first fort and from the Old Saybrook Causeway, the town’s most scenic walk. Or slumber at the circa 1746 Deacon Timothy Pratt Bed & Breakfast, which is joined on Main Street by classic homes from several architectural periods. You’ll be close to restaurants, shops, and the Katharine Hepburn Cultural Arts Center, an intimate theater named for the late Oscar winner who once called this seaside village home. 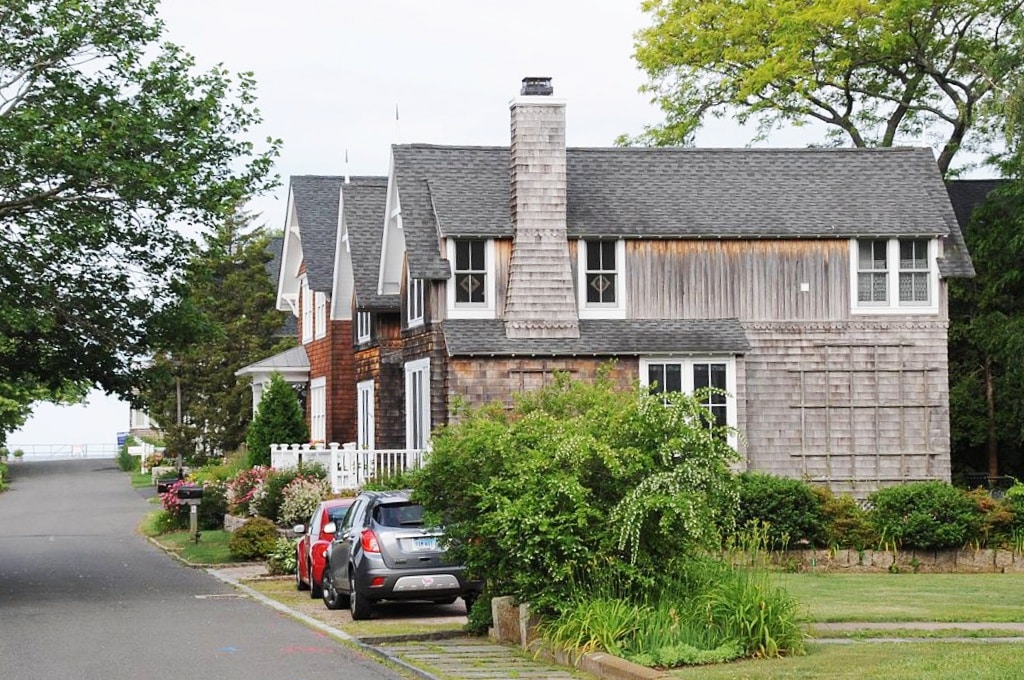 If you think tiny houses rate high on the cuteness scale, wait until you discover this teeny coastal community in the southeast section of Branford. The village’s lone lodging establishment — Thimble Islands B&B — has just two romantic, water-view rooms. You could probably throw a Frisbee farther than the length of Stony Creek Beach. And there’s only one retail building: It’s home to a gift shop and a market that multitasks as breakfast spot, deli, and pizzeria. Some visitors are content to claim a bench in Madera Park and watch the boats come and go, but most can’t resist embarking on one of Connecticut’s biggest adventures. Three competing tour boats depart from the town dock on island-peeping voyages. The pink granite Thimble Islands may be petite — only 23 of 100-plus are habitable — but you’ll be enthralled as your captain navigates close to exclusive homes and shares tales of broken hearts, the Great Hurricane of 1938, and still-unrecovered pirate treasure. 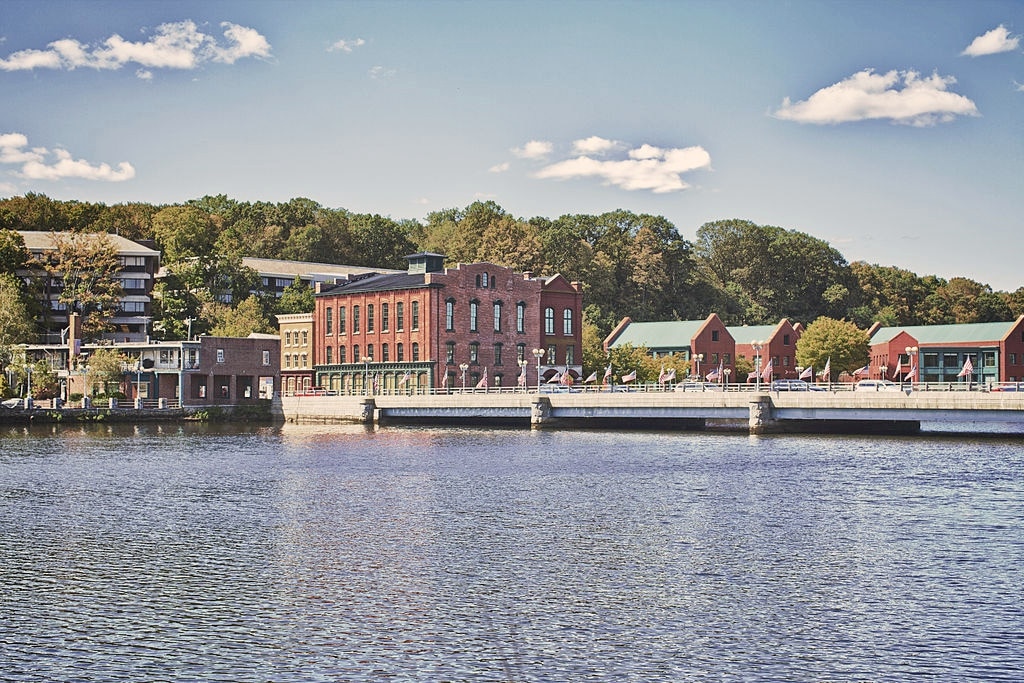 The city meets the sea in this A-lister town, one of the most affluent suburbs in America. But back in 1914, when State Park Commission official Albert Turner walked the entire Connecticut shore in search of a prime site for a park, Westport was a farming community. It took 23 years for the state to acquire lands from reluctant owners to create Sherwood Island State Park, ensuring Westport’s desirable beachfront would belong to everyone. A hot spot for theater and live music — especially in the summer, when the riverside Levitt Pavilion for the Performing Arts hosts “50 Free Nights under the Stars” — Westport is also remarkably outdoorsy considering it’s just an hour’s train ride from New York’s Grand Central Station. Outfitter Downunder will take you paddling on the tidal Saugatuck River and even out into Long Island Sound. Refuel at Black Duck Café, a floating barge restaurant and bar that’s something of a celebrity, too.

Are there any Connecticut coastal towns you’d add to the list? Let us know!

This post was first published in 2017 and has been updated.

SEE MORE:
10 Prettiest Coastal Towns in New England
The Sound of Spring on the Connecticut Shoreline