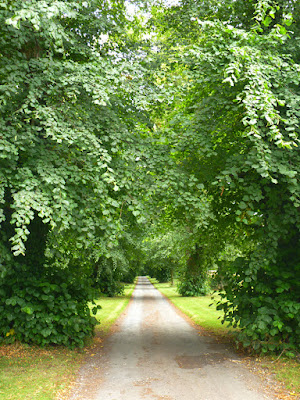 I’ve had the pleasure of the company of an old friend recently, who I haven’t seen in person for about three years. We had a lovely couple of days together and I was taken out for meals, some local sight seeing and thoroughly spoilt. (Subscribers to my Patreon blog extra can find a picture packed post about our visit to Attingham Park and house here).

As if this social whirl was not enough, I returned home to find an invitation to an art exhibition which was being held at the nearby Pitchford Estate, at the Orangery. My distant neighbours, Mary and Hugh, who own the Twenty Twenty Gallery in Ludlow, had put together a small but carefully curated weekend show for a handful of artists. And so I took Marjorie out for the ten minute cycle down the road and around the corner, to the long, lime tree walk that leads up to the main entrance of the hall. 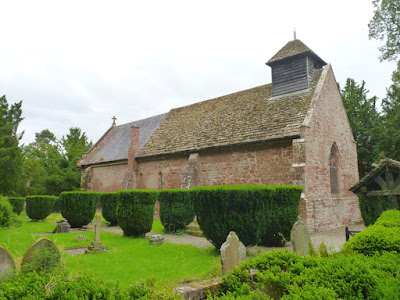 At the bottom of the walk sits the small church where, a lifetime ago, I sat alone and bleak, mourning the recent loss of my beloved Andy. It was good to be returning for a happier occasion. The estate was peppered with the work of local sculptor Sharon Griffin, a couple of her heads seen here beneath the tree house, which is said to be the site of the world's oldest tree house with origins in the 17th century. This is a much later construction, built in the style of the main house itself. (Read more here). 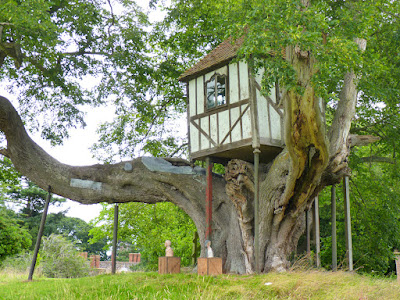 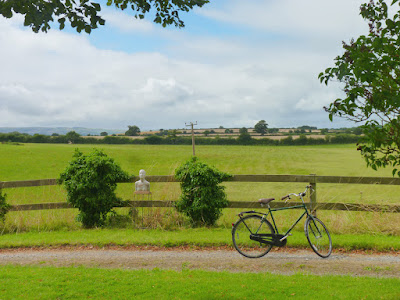 I parked Marjorie near a pair of heads so that she could  soak up some artistic atmosphere as well,  and entered the orangery. 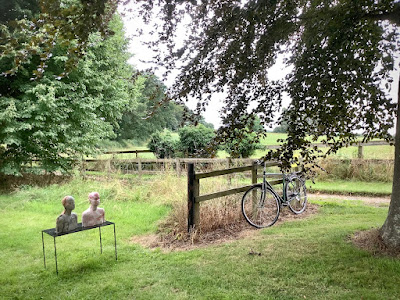 The orangery itself sits to one side of a spacious walled garden, where more of Sharon’s work could be seen. 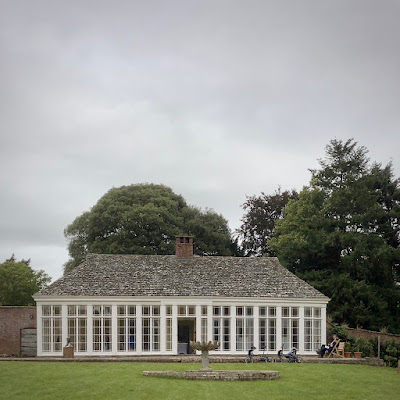 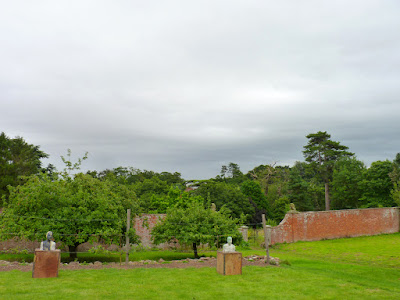 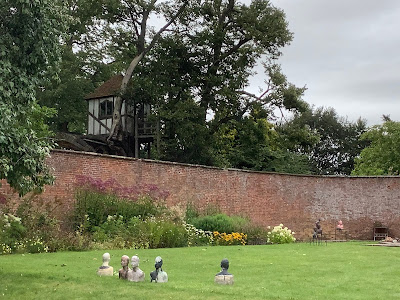 Inside, and feeling a little shy, I was greeted warmly by Mary and introduced to to Sharon herself, who was spending the weekend demonstrating and working on another piece. 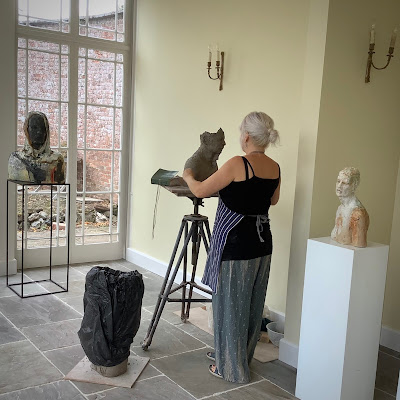 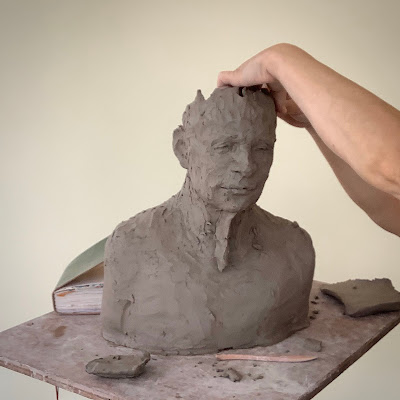 We had a very nice chat, and then I went to look at the paintings, which included a collection of Pitchford Hall interiors by Matthew Wood - 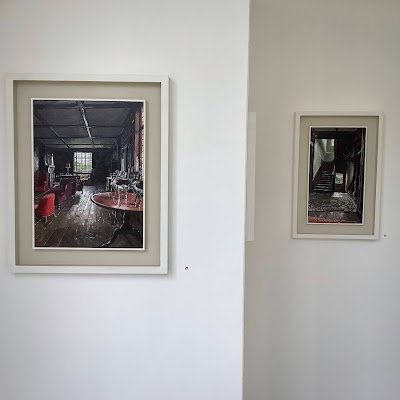 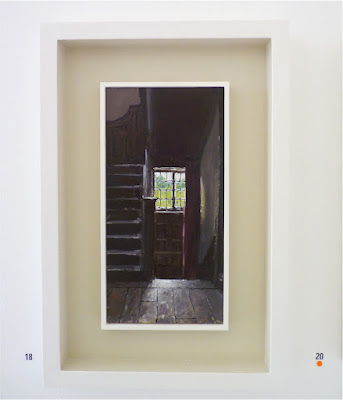 And gorgeous, haunting works by another Shrewsbury artist, Ann McCay My very favourite was 'Collecting Sticks', which, had it been within my means, I would happily have purchased. But there are boring things such as bills and a large mortgage to pay, so I sighed a little as I told Mary how much I loved it and as it happened, Ann was sat nearby, so we were introduced.  She immediately said 'red shirt' and I replied 'electric bike' and it turned out that we'd seen each other in June when we had all attended a performance of 'Tess of the d'Ubervilles' which was my first post lockdown treat to myself back in June, also held at the Orangery. I (of course) had cycled there on Marjorie and she and her husband had passed us on their much faster electric bikes.  And I had been wearing a red checkered shirt. 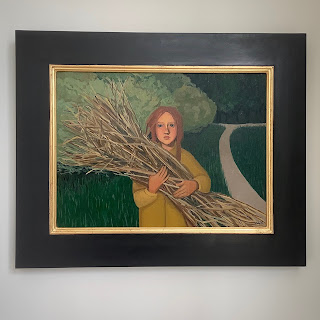 After another lovely chat, it was time to head home. I haven't had a social life since moving here nearly nine years ago, but in the last few months, with two new local friends to do things with and now making some more connections, I am starting to feel a little less isolated at last.
One final glimpse of the Elizabethan splendour of Pitchford Hall, glimpsed through the trees as Marjorie and I made our way back to the cottage. 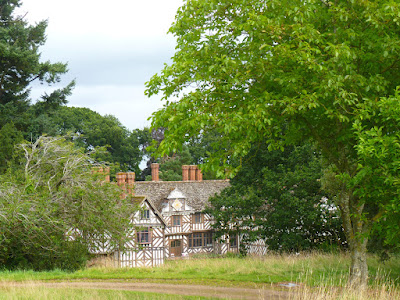