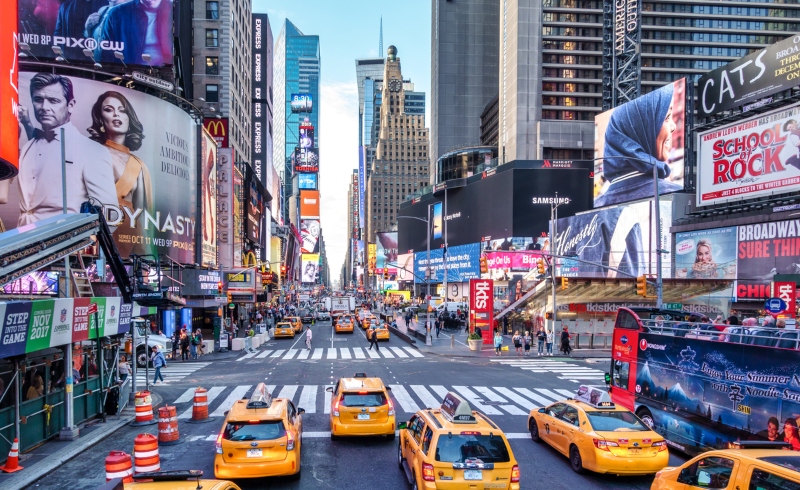 Part and parcel of modern society, advertisements are so familiar in the background of most of our lives that we probably scarcely notice them. That’s a pity, because − if a new report is right − their influence may be indirectly causing climate and ecological damage.

The report, Advertising’s role in climate and ecological degradation, was commissioned by the Badvertising campaign, which is run by the New Weather Institute, a group backing a rapid transition to a fairer economy, and the climate campaign Possible. It is published today to coincide with Black Friday, regarded as the start of the US Christmas shopping season.

The report’s message is simple: advertising makes us want more material goods and services, which damage the environment and the climate in both their provision and their use. So less and better advertising would be good for the planet.

Its author is Dr Tim Kasser. Answering an argument often made in support of advertising, he told the Climate News Network: “Advertising does help people choose between products, but it also inculcates a general desire to want more of what is offered in the marketplace.

Cautiously, perhaps, the advertising industry “indirectly” contributes to climate and ecological degradation, the report argues. For this it holds responsible the industry’s “encouragement of materialistic values and goals, the consumption-driving work & spend cycle”, and the consumption of two products in particular − beef and tobacco.

Definitions may help here. Materialism, the researchers say, is people’s desire to be rich as a result of “exposure to messages in their environment which suggest that happiness and a good life depend upon wealth and consumption.”

And here’s a spoiler alert for journalists: the survival of the media “typically depends on revenue obtained from presenting users with advertisements that encourage consumption.” The more TV you watch, the more adverts you’ll see, and the more materialistic you’ll become, it seems.

On the work & spend cycle, the study says: “Individuals who live under consumer capitalism are subjected to numerous pressures to work long hours … [one] is the desire to consume.” So “advertising leads people to place higher value on consumption of what they see advertised and lower value on having more time available for non-work activities.”

Advertisements can in fact mean “many people come to want to work, shop, and consume relatively more than to rest, recreate, and relate with others.” And there’s more: “Long work hours are associated with higher ecological footprints, greenhouse gas emissions, and overall energy consumption.”

When people work long hours, they have less time to engage in ecologically-sustainable and relatively time-intensive activities: bike-riding rather than car-driving, or growing food instead of buying it pre-packaged from a shop.

One of the researchers’ selected products, beef, can cause environmental damage as it is produced: unsustainable water use, destruction of forests, high levels of both greenhouse gases and pollutants that cause excessive algal growth. It can also damage human health (for example, Creutzfeldt-Jakob Disease, linked in cattle to bovine spongiform encephalopathy, also known as mad cow disease). Excessive consumption has been linked with heart disease and cancer.

The lethal risks of smoking tobacco are all too familiar. Producing and using cigarettes, the report finds, has much the same environmental effects as the beef industry and, a familiar refrain, “scientific evidence is consistent with the conclusion that advertising indirectly causes climate and ecological degradation through its encouragement of the consumption of tobacco.”

It may sound as though this demolition of advertisements is essentially an attack on the bedrock of capitalism. Andrew Simms, a co-author, told the Network it’s not that simple: “Advertising is so clever at being attractive or entertaining that it’s easy to forget it is manipulating us to get what it wants.

“And what it wants is for us to consume more, regardless of the environmental consequences or, indeed, the impact on our mental health or personal debt.

“I find it helps to remember that advertising serves capitalist economies in much the same way that state-sponsored art served Stalin’s Soviet Union, presenting a fake, idealised world that papers over an often brutal reality. But advertising in one sense is even more dangerous, because it is so pervasive, sophisticated in its techniques and harder to see through.”

The authors also take a sideswipe at two other products: flying for leisure, and sports utility vehicles. For possible solutions they refer readers to the Badvertising campaign’s toolkit.

They sum up their report with a suggestion that there’s more to come: “Substantial scientific evidence exists to support the claim that advertising has indirect but real effects on climate and ecological degradation. It seems likely that similar dynamics occur for other products, services, and experiences.”

Realists (or cynics) may conclude that the report simply proves that advertising really does work. Idealists may counter that that shows the researchers have not been wasting their time. − Climate News Network

This post was previously published on climatenewsnetwork.net and under a Creative Commons license CC BY-ND 4.0.

If you believe in the work we are doing here at The Good Men Project and want a deeper connection with our community, please join us as a Premium Member today.

Premium Members get to view The Good Men Project with NO ADS. Need more info? A complete list of benefits is here.